The Blind Side: Lessons on Innovation

Few can explain the phenomenal success of “The Blind Side ” a movie starring Sandra Bullock and Quinton Aron.  Even fewer can explain how the relationship between independent production companies and big studios has completely shifted in the past year.  Here are some observations on how innovation happens in the “playing field” called the film industry.  See how this story might just inspire you to think differently about your game plan for growth. 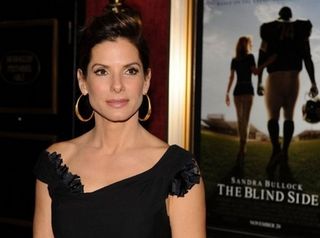 As of this writing, “The Blind Side” has generated over $107 million in box office revenues — more than a 3x ROI on the production costs.  This film is based on a true story about Michael Oher, a formerly down-and-out teenager who transforms into an accomplished college student, football player and NFL recruit.  The well-to-do Tuohy family takes him under their wing and enrolls him in a Christian school, where he struggles to assimilate. Eventually, the football star (Michael) emerges triumphant and eventually joins the Baltimore Ravens team.  He joins mainstream America.

Much like Michael the underdog, tiny independent production companies are gaining attention and support to create mainstream, commercially viable films.

Alcon Entertainment, the production company for “The Blind Side,” negotiated a distribution deal with Warner Brothers.  In exchange for this arrangement, Warner Brothers earns a percentage of the movies’ gross revenues. Unlike most major production companies, Alcon took a different route to create buzz about the film. They targeted smaller cities such as Plano, Texas and Sacramento, California instead of Los Angeles and New York. The actors and director also put some skin in the game.  They accept substantially lower salaries–not the typical Hollywood multimillion-dollar payments–in exchange for a percentage of the company’s profits.

In the past, major studios had only one method to grow: focus on launching pictures that have high potential for merchandise and marketing tie-ins–films that could possibly attract $200M in box office sales.  Now indie producers such as Alcon Entertainment have re-written the playbook. (Full disclosure:  Alcon’s strong balance sheet was fueled by their parent company, FedEx Corporation.

In every industry, select underdogs such as Alcon are thriving. They innovate and gain access to funds while others struggle to raise capital.  How can you become the underdog like Michael Oher and Alcon?  How can you turn your industry upside down?  Innovation and transformation don’t just happen to star athletes and movie producers.  They can also happen to your business. 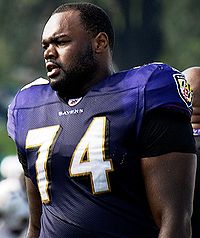 P.S. If you have not yet seen the movie, I highly recommend it.  I was really touched by the Oher family photo montage.  Be sure to stay for the final credits!