The Holidays: A Time of Remembrance

I’m happy that 2012 is almost over. The past year was emotionally challenging. We witnessed immense, senseless human loss. In addition, two of our beloved elderly cats, Picard and Fisan, succumbed to renal failure and cancer.

When I witness the passing of such innocent, loving beings, I feel powerless and deeply saddened. I can only imagine how families in Newtown, Connecticut, and Aurora, Colorado are coping and healing. (keep reading on how you can help).

One story has helped me find some peace. It makes me realize that the bonds between humans and animals are eternal and inexplicably linked, and we need each other to endure these challenging times.

Wildlife activist Lawrence Anthony, a legend in South Africa and author of the bestseller The Elephant Whisperer, devoted his life to rescuing wildlife from poaching and other human atrocities. Last March, he died at his refuge in South Africa. Anthony was deemed a hero for his gallant rescue of Baghdad Zoo animals during the 2003 U.S. invasion. 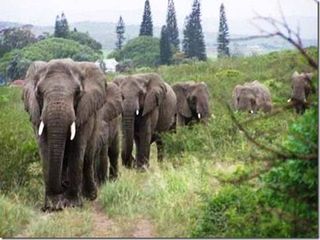 Here is where Anthony’s story gets even more interesting. Two days after his passing, the wild elephants he rescued arrived at his home, led by two large matriarchs. In addition, other wild herds arrived. A total of thirty-one elephants walked over 12 miles to his home. Some of the herd included the very elephants he helped rescue on the Thula Thula Reserve in South Africa.

What made these elephants choose to walk slowly for days, in a single line, towards Lawrence’s home? I believe the elephants possess some kind of supreme intelligence and sensed Lawrence’s passing. They use intuition at levels we no longer access as humans.

Rabbi Leila Gal Berner proffers this perspective. “Two herds of elephants, sensing that they had lost a beloved human friend, moved in a solemn, almost ‘funereal’ procession to make a call on the bereaved family at the deceased man’s home.” If there ever were a time when we can truly sense the wondrous ‘interconnectedness of all beings,’ it is when we reflect on the elephants of Thula Thula. A man’s heart’s stops, and hundreds of elephants’ hearts are grieving. This man’s oh-so-abundantly loving heart offered healing to these elephants, and now, they came to pay loving homage to their friend.” 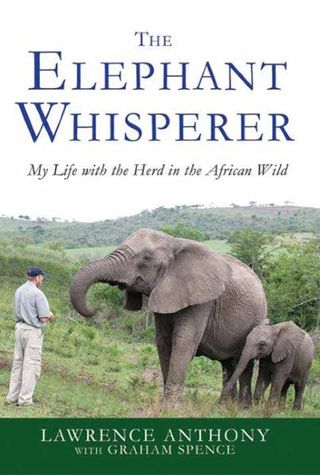 Lawrence’s wife, Francoise, told reporters that the elephants had not been to his house prior to that day for well over three years. This herd–once a mistrusting, dangerous one–stayed for two nights without eating anything. The New York Times reported that “since his death, the herd has come to his house on the edge of their reserve every night.”

The holiday hype will come and go. We may remember snippets of our celebrations. But the true meaning of the holidays is about revering every creature on this fragile Earth, our tiny manger nestled in an incredibly mysterious, colossal universe.

P.S. Here are six organizations that have been established to help Newtown, Connecticut residents and families heal. Please remember them during this holiday season and make a donation.