It’s not you, it’s them. So put your focus on building strong customer relationships. 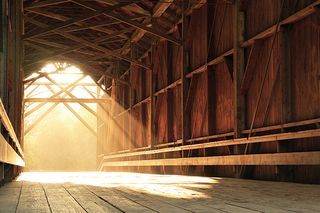 Few people care to reflect back on the financial crisis of 2008.

Adam Reinebach, the EVP of Marketing Solutions and Circulation for SourceMedia, needed to act fast as the crisis languished another two years. SourceMedia provides a portfolio of subscription services, research, custom media, and conferences to the nation’s top banks. This includes the enduring American Banker publication.

SourceMedia’s experience provides some insights on how innovative marketing leaders can rapidly recover from these challenging periods.

By late 2009, the cost to produce and deliver print publications had skyrocketed, major account subscription renewals were in jeopardy, and new subscribers were tough to find. If nothing changed, Source Media was projecting a continued decline in its subscription business.

Where do you innovate if your company provides few distinctive or unique offers? Generally, most firms evaluate three areas. They can either launch a new product (such as the iPad), a new service (such as Uber and Taxi Magic), or establish and nurture distinctive community and customer relationships (such as Facebook, ExactTarget, and Zappos). SourceMedia’s decision to redesign their demand generation process helped them reach a new level of trust and relationships in an otherwise traditional, mature market.

Ted Martin, managing director of Sales at Vorsight in Washington, D.C., met with Reinebach in 2010, a few months after Reinebach took over the subscriptions effort. He and Vorsight cofounder Steve Richard quickly realized that the method by which their products and services were sold was a major deterrent to growth.

Martin noticed that “the telesales team had issues with finding the right prospect, getting around gatekeepers, and creating value before handling price deflection. The team also didn’t have a sales process to guide them.”

Reinebach explained how a new sales process naturally evolved. “After spending two days onsite with our sales teams, Steve told us that we were selling American Banker the same way people sell the New York Post. Steve told us that our product suite was impressive and comprehensive. During our initial customer calls, he recommended that we stop going for the quick sale. Instead, he suggested that we invite the prospect to a product demo.”

Here is how to foster process innovations in your organization:

1. Don’t announce too many major changes at one time. Customers and employees can only absorb a certain amount of change. Instead of terminating the entire print subscriber base and forcing them to transfer to an online subscription, SourceMedia continued to offer courier delivery of the print version of American Banker to customers in select regions, such as the Northeastern U.S. but stopped using pricey couriers for other regions of the country. They also created subscription bundle options to provide more choices on how customers download knowledge.

2. Build a contingency plan. Anticipate resistance, and build a strategy to address it. In 2011, when Netflix decided to jettison the DVD service and replace with streaming video, customers became incensed. Their strategy was flawed for two reasons: It was premature, and it underestimated how customers would respond. Netflix ultimately lost an additional 800,000 subscribers and their stock dropped 77% within four months.

Conversely, when SourceMedia faced resistance to the new pricing model and sales process, Reinebach and the Vorsight team were prepared. Martin explained that “we worked beside Adam to redesign the compensation model, improve the team structure, and design coaching models to help the sales managers reinforce, coach and inspire the team.”

3. Make online and live customer engagement your other secret weapon. Reinebach and his managers coached sales teams on how to behave differently with prospects, emphasizing rapport-building and knowledge sharing. They eschewed the idea of “going for the quick sale.” “Initially, the engagement level for customers who had online access was not great. We made the telesales reps accountable for the web usage, especially with large accounts.” Scout Analytics, an online tool, helped SourceMedia identify known and unknown traffic based on a customer’s IP address. This allowed sales teams to track licensed and unlicensed usage, and pinpoint new upgrade opportunities.

Three years later, SourceMedia’s efforts have generated impressive results. The overall conversion rate for online subscriptions grew from 4% to 6%, while the conversion rate for customers who take an online demo remains consistent at 25%. Between 2010 and 2013, renewal rates improved from 65% to 75%.

When it comes to breakthrough innovations, be open to disrupting your internal practices. They just might be the key to unlocking the vault of sustainable competitive advantage.